The idea was simple: a concert series featuring well-known acts at venues people want to attend where all of the tickets for the event are absolutely free.

With the exciting concept in hand, The Remedy went to work. We knew the brand needed a catchy name, one that would get people’s attention and also relay to the public the concert series’ most intriguing aspect – that all of the tickets were free. After going round and round with dozens of potential names and ideas, The Remedy finally found one that we believed was a home run – FreeForAll.

From there the FreeForAll Concert Series was born. The Remedy developed primary and secondary marks for the brand, along with a fun, exciting color palette and typeset that matched the character and personality of the new brand. The Remedy also oversaw all of the advertising, marketing, and media relations efforts of the brand as it rolled out its first show which featured Grammy-winning band Blues Traveler and Rock and Roll Hall of Famers The Family Stone, among other acts.

In all, The Remedy developed FreeForAll’s marketing and sponsorship sales collateral, website, press releases, print and digital ads, billboards, event posters, custom event tickets, and social media graphics. And the inaugural show ended up being a huge success, attracting a near-capacity crowd to Columbus Commons for an incredible party that kicked off the 2013 Labor Day holiday weekend in Columbus, OH, and set an impressive precedent for future FreeForAll Concert Series events.

THE REMEDY DEVELOPED THE FREEFORALL BRAND, ULTIMATELY COMING UP WITH THE NAME FOR THE CONCERT SERIES BASED ON THE UNIQUE “FREE TICKETS” CONCEPT BEHIND THE SERIES. FROM THERE THE REMEDY DEVELOPED PRIMARY AND SECONDARY LOGOS AND BRANDING MARKS CONSISTENT WITH THE OVERALL FEEL AND ESSENCE OF THE EVENTS THAT THE PROMOTERS WANTED TO CONVEY. 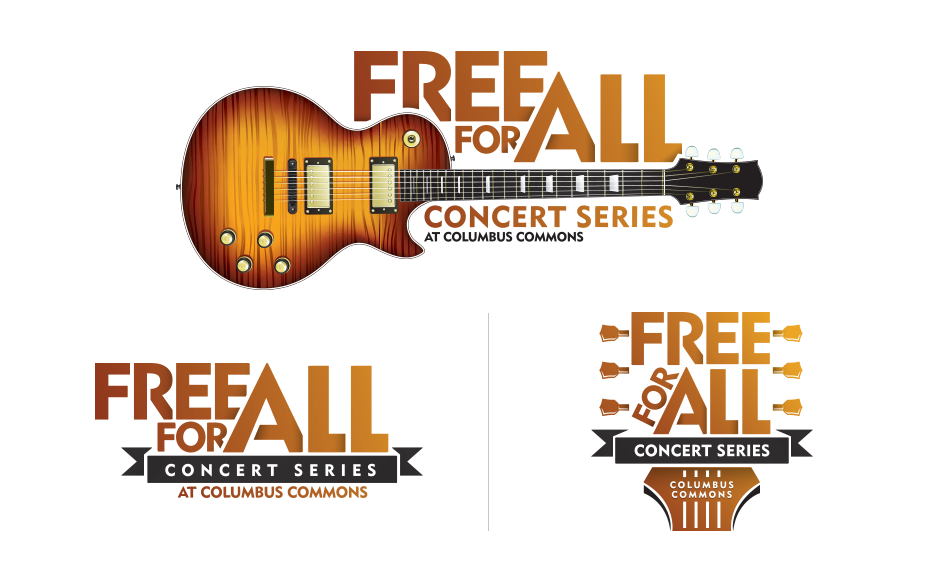 THE REMEDY DESIGNED AND PRODUCED ALL OF THE ADVERTISING ELEMENTS FOR THE FREEFORALL CONCERT SERIES, INCLUDING PRINT AND DIGITAL ADVERTISING, BILLBOARDS, AND OTHER SPACIAL AND ENVIRONMENTAL ADS PROMOTING THE SHOWS.

THE REMEDY ASSISTED THE FREEFORALL CONCERT SERIES WITH ITS SOCIAL MEDIA STRATEGY AND DEVELOPED ALL OF THE GRAPHICS THAT FREEFORALL USED IN PROMOTING ITS EVENTS ON FACEBOOK, TWITTER, AND INSTAGRAM. 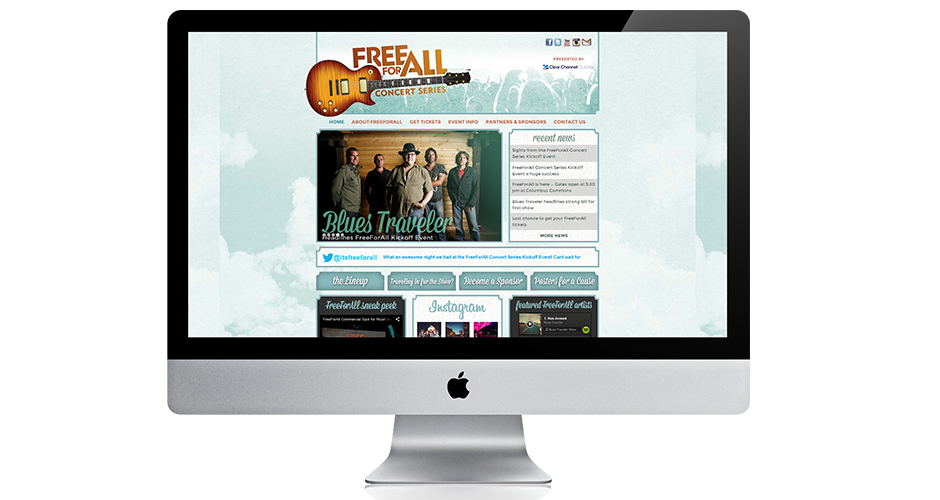 THE REMEDY WORKED WITH FREEFORALL TO DEVELOP AN EXTENSIVE SET OF CORPORATE COLLATERAL DESIGNED TO HELP FURTHER BRAND THE SERIES. THIS INCLUDED BUSINESS CARDS, LETTERHEAD AND OTHER STATIONARY, SPONSORSHIP DECKS, AND CUSTOM, ONE-OF-A-KIND EVENT TICKETS.

THE REMEDY DEVELOPED A SET OF EVENT “GIG POSTERS” DESIGNED TO NOT ONLY PROMOTE THE CONCERT BUT ALSO TO BE USED AS A COLLECTABLE KEEPSAKE FROM THE EVENT.